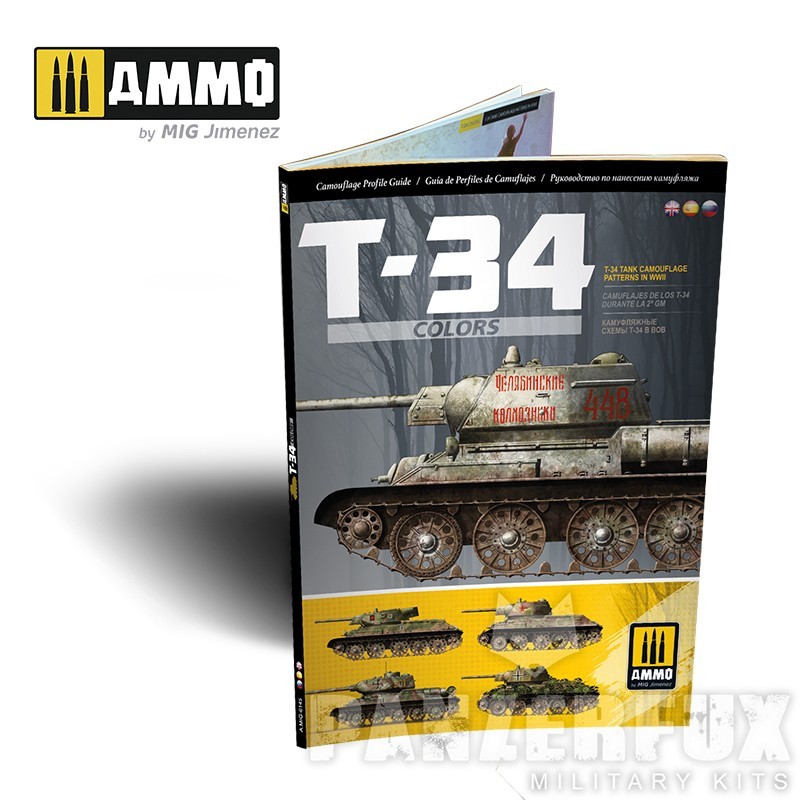 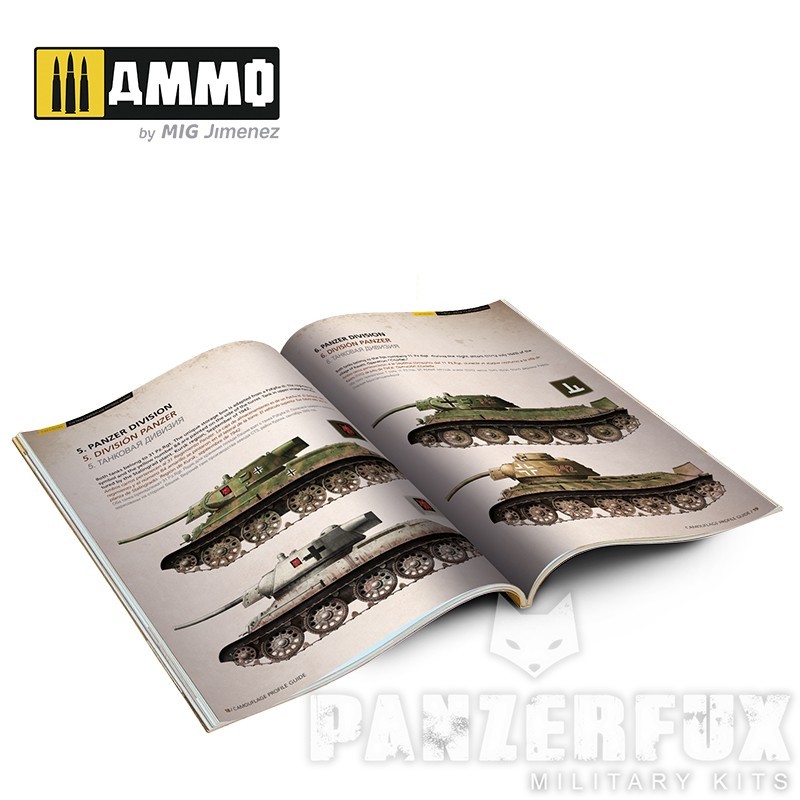 This book is Multilingual, including texts in English,Spanish & Russian language

The T-34 was undoubtedly one of the most famous and iconic tanks of World War II, it was the spearhead of the Soviet Army on the Eastern Front against the German troops. In this book, you will discover the wide array of camouflage schemes sported by the different versions of the T-34 throughout the war, both in Soviet Army service and used by other warring factions, such as the Polish Free Army, the 1st Czechoslovak Army Corps, the Russian Liberation Army, the Finnish Army and even tanks captured by the Wehrmacht and painted in German camouflage and marking.
AMMO of Mig Jiminez ist ein Hersteller für Farben und Alterungsprodukte rund um den Modellbau. Die Farben sind Akrylfarben auf Wasserbasis.