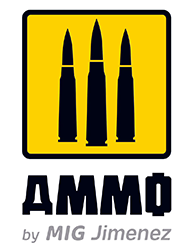 In this book, Sungjun Jang explains how to paint the most common camouflage schemes used by German AFVs during the first half of World War II.


This includes the years immediately leading up to the conflict, from 1936 through to February of 1943, at which point the German military began using Dunkelgelb.

You will not only learn how to paint the camouflage explained step by step, but also how to add lifelike weathering effects including mud, splashes, streaking, dust, grease and all types of dirt.

Eight unique subjects are featured to show a wide range of vehicles, camouflage schemes, and easily applied realistic effects. This unique time period includes light armoured vehicles such as the tiny Panzer I Breda used in the Spanish Civil War, to the huge Tiger I, as well as the StuG III assault gun used by iconic ace Michael Wittmann, and the Austrian Steyr ADGZ armoured car used by the Waffen SS.

In addition, you are provided with a valuable introduction to the history of early German camouflage and markings used between 1936 and 1942 by historian and modeller Daniele Guglielmi, accompanied by period reference photos. This guide to German camouflage between 1930 and February 1943 is also illustrated with colour profiles to show the various types of camouflage and colours applied and the period in which they were used.
AMMO of Mig Jiminez ist ein Hersteller für Farben und Alterungsprodukte rund um den Modellbau. Die Farben sind Akrylfarben auf Wasserbasis.