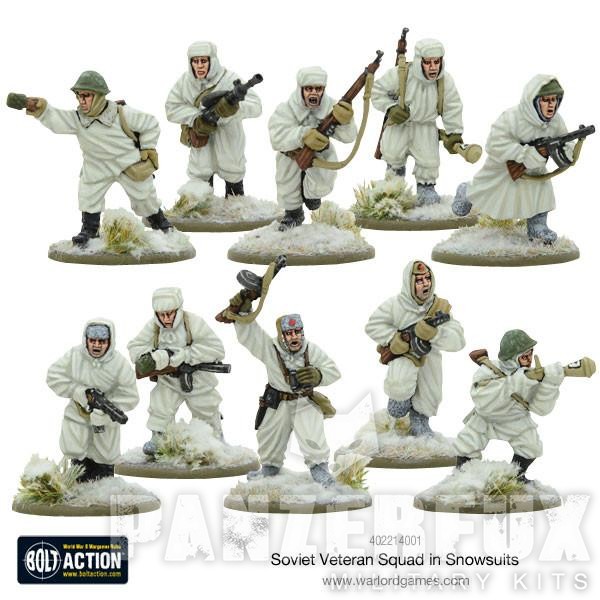 Scale: 28mm - 1/56th
10 Infantry
Metal
Requires Assembly
This product is supplied unassembled and unpainted. Glue and paints not included.
Veterans are formed from the ferocity of war - these battle-hardened men are always ready to lay their lives for Mother Russia. Given the finest gear the land can offer, these veterans took the fight to the front to protect their homeland from the invaders.

If the Soviet army was not on the whole an elite fighting force, it certainly included its fair share of battle-hardened veterans. It was not uncommon for squads of hand-picked, decorated men to be assigned to particularly important objectives or critical areas where their greater experience would have the most impact.

These solid infantry will form a very themed backbone for your force. Being equiped either with a submachine gun or use their normal rifle, you can create multiple squads for all scenarios.
Durchschnittliche Kundenbewertung:
Anzahl der Kundenbewertungen: 0
Schreiben Sie eine Bewertung zu diesem Artikel und teilen Sie Ihre Beurteilung anderen Besuchern mit!