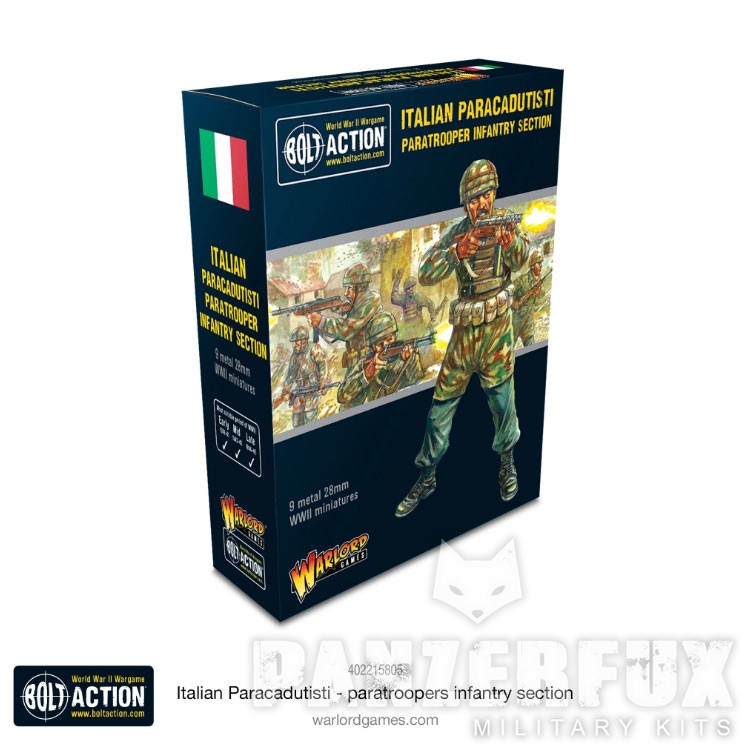 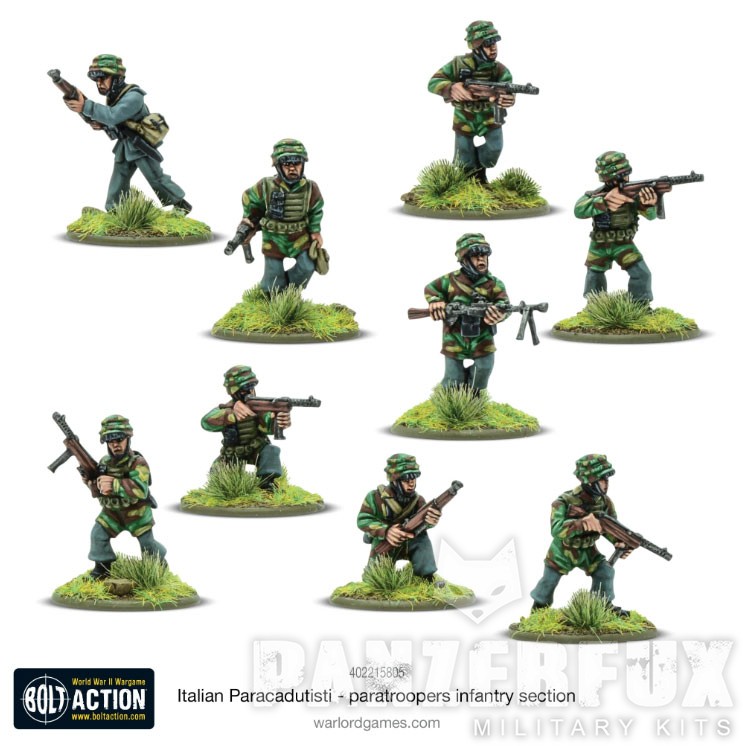 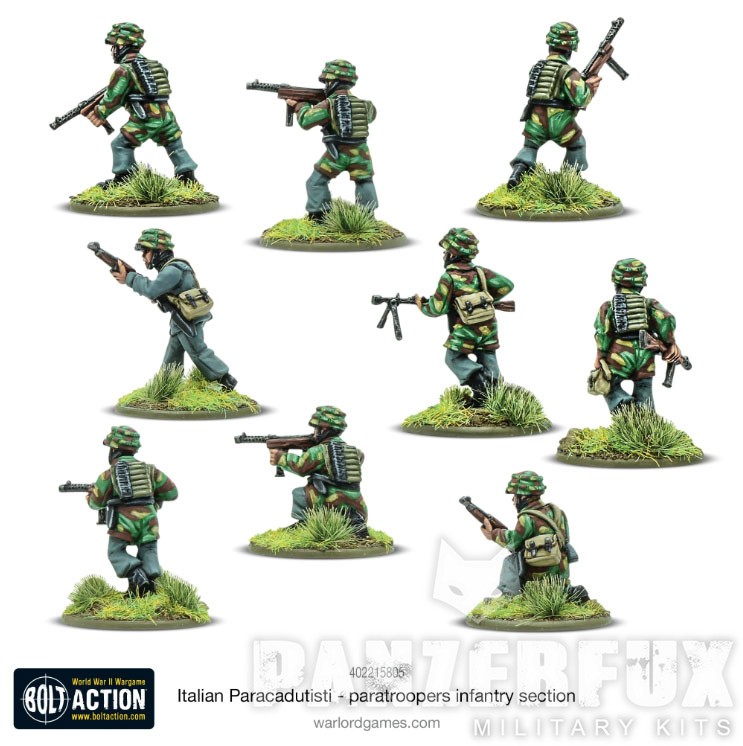 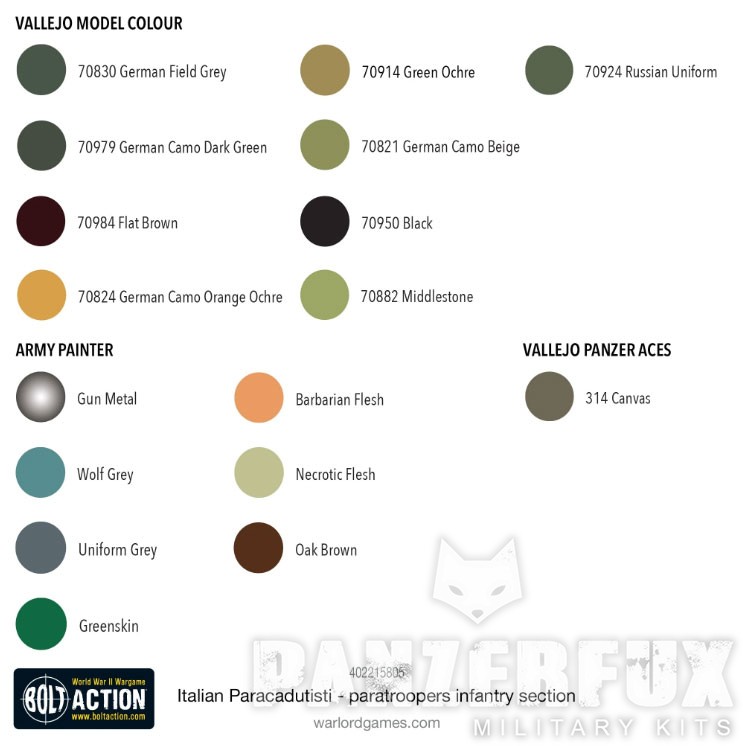 Note: This is the first of two Paracadutisti Paratrooper Infantry Sections. Each contains unique sculpts so are ideal to mix and match to lend your army greater variety in poses. You can find the second here

The Italian paratroopers were hard men, often poorly supplied and supported, but fought and died bravely where they stood rather than give ground.

Folgore (Lightning) and Nembo (Nimbus) were the two airborne divisions that fought valiantly for Mussolini and, later, the Italian Social Republic (RSI) until the armistice between Italy and the Allies. Even then, large elements of Nembo sided with the Germans and became the basis of the German 4th Fallschirmjäger division, being one of the last Italian units to surrender in 1945.