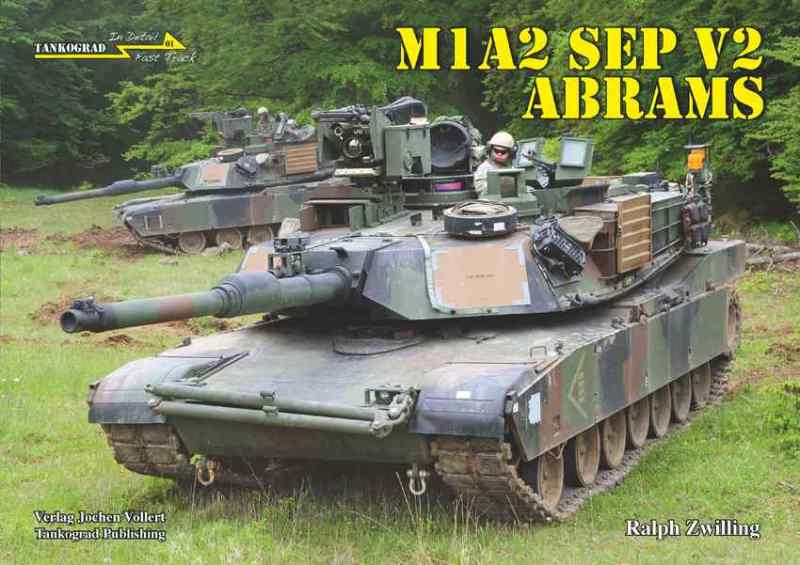 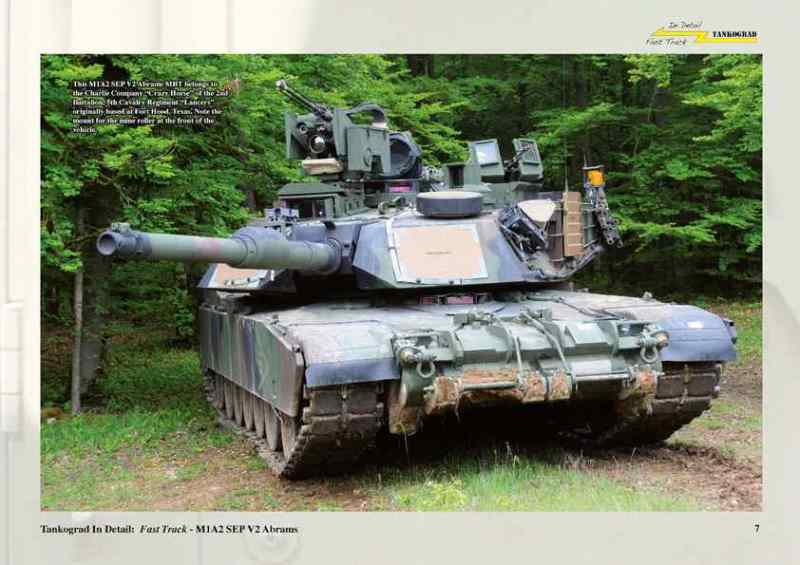 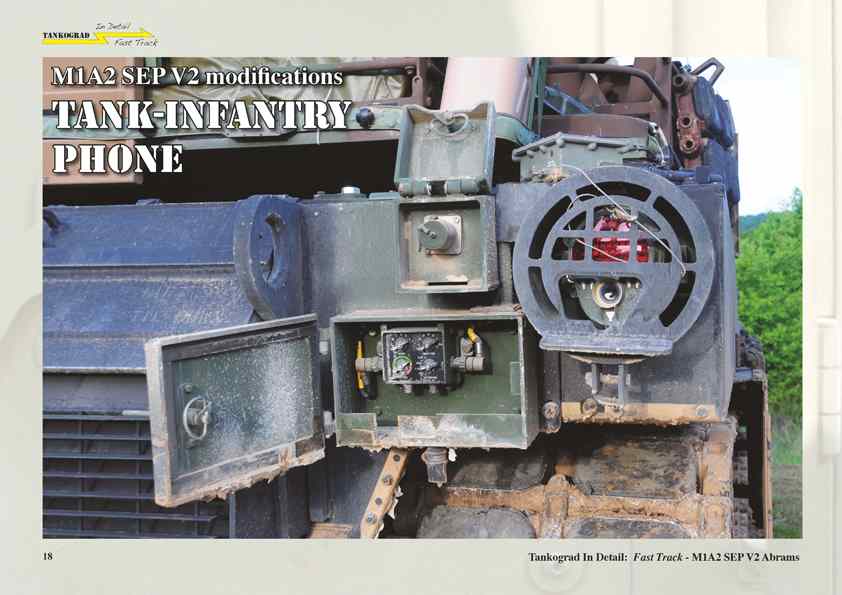 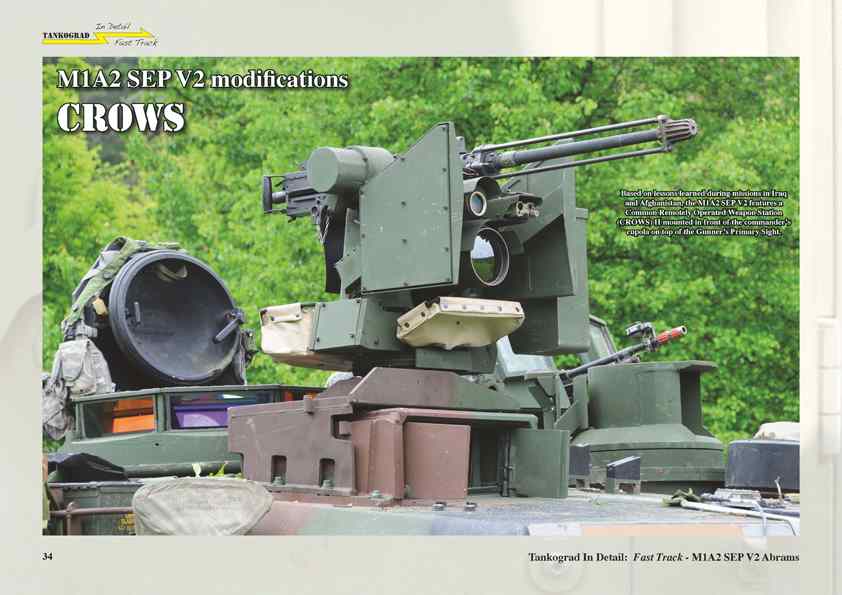 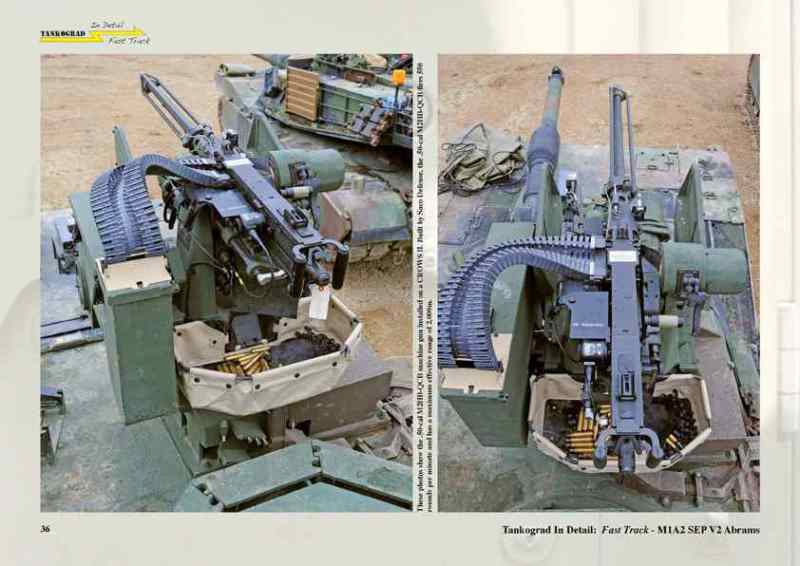 Tankograd
more articles from Tankograd
This item was seen more favorable elsewhere
M1A2 SEP V2 Abrams
Walkarounds - Exercise photos - Limited Edition: 999 copies
Layout as ‘In Detail' but half size / half price: 40 pages, 75 large format colour photographs, English text.
The M1A2 Abrams with System Enhancement Package (SEP) Version 2 combines overwhelming firepower with the latest technology, resulting in a highly manoeuvrable and versatile tank built to handle current and future combat scenarios. The M1A2 SEP V2 upgrades include most notably a Common Remotely Operated Weapon Station (CROWS) II, mounted on the Gunner's Primary Sight housing in front of the commander's hatch. The much demanded Tank-Infantry Phone (TIP) is now mounted on the right rear of the vehicle. Further modernisation aspects are reflected in, among others, improved gunner's controls and display panel, improved driver's integrated display, improved hull and mission processing units, improved commander's electronics unit, improved fire control electronic unit, improved battery monitoring system, six-pack battery APU, 1,000A alternator, voltage regulator, and upgraded transmission.
This publication shows this brand-new asset of the US Armored Corps in detail and close up - ideal for modellers and US Army vehicle enthusiasts.
About Fast Track
For the devoted military vehicle enthusiast, the name ‘Tankograd' means excellent research, top-quality photographs and a competitive price. These are cornerstones of our publishing realm. To achieve these goals it often takes months, years or even decades to compile the necessary amount of written and pictorial information to make it into print according to Tankograd's high standards.
Yet even the most devoted concept has to adapt to the tides of time. In recent years for the modelling market - and modellers are among our biggest fans and best customers - the pace at which new models have been released onto the market has sped up considerably. In addition, the number of model kits that cover more and more exotic topics has begun to grow rapidly. The result was that Tankograd with its ‘comprehensive research takes time' approach was in many cases not able to cope with unannounced new kit releases, and we had to abandon too many projects simply because they ran out of time after a model had been released to the market.
This new series, Tankograd In Detail : Fast Track, was thus created to rapidly react to new plastic models arriving quickly on the scene, new vehicles entering service, and to generally deal with vehicle types that would not have made it into a full Tankograd-style book for reasons such as limited large-print-run appeal. The Tankograd Fast Track series will include monographs in our well-known, detailed style, but it will also include subjects such as rare vehicles, action-oriented topics and markings. All photographs in Tankograd Fast Track will be large size, preferably full page, for maximum visibility of details for modellers.
The advantages of Tankograd Fast Track thus become apparent: Release dates are closer to actual events, there is wider coverage of exotic topics, and a cover price that appeals to all modellers. All this with Tankograd's usual high-level research and top pictorial quality! To keep the new series on the ‘fast track', Tankograd Fast Track titles are limited to a sales run of 999 copies each.
Quantity Photos and Illustrations:
Illustrated with 75 colour photographs
Text – Language:
English text
Number of Pages:
40
recommended for this item:
M1A2 SEP in Detail REVISED and EXPANDED, Sabot Publications SP007
SABOT Publications
Item no.: SABOT-007
34,95 €
incl. VATand excl. shipping
Go to the details
M1A2SEP ABRAMS MAIN BATTLE TANK IN DETAIL
Ammo of Mig Jiminez
Item no.: AMIG-5950
20,00 €
incl. VATand excl. shipping
Go to the details
The German Tankograd publisher delivers first class literature. With numerous photos and background information. Even about special vehicles and prototypes. Text may be in German, German / English or only English. Please see detailed description.
We keep the complete range of Tankograd products in stock. The manufacturer delivers fast and reliable. So you may even buy items that are currently out of stock. Then we need up to 2 weeks for completing your order. If your desired item is not listet, just send us an email with your request.
Average customer rating:
Number of Customer reviews: 0
Write an online review of this item and show it to other visitors!